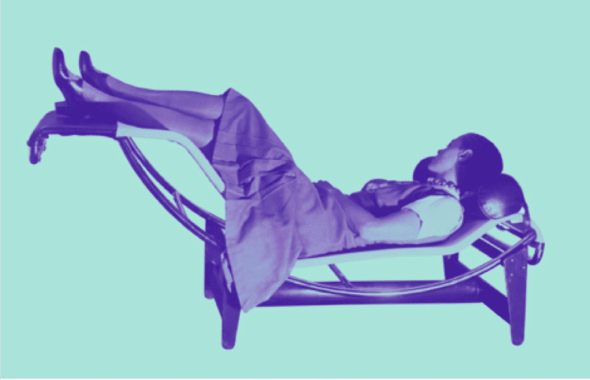 The new world of Charlotte Perriand

The Louis Vuitton Foundation has been hosting since the end of 2019 and until the end of February 2020 a monumental exhibition dedicated to Charlotte Perriand (1903-1999). This woman, a free woman, a pioneer of modernity, is one of the leading figures in the world of twentieth century design.

Charlotte Perriand was born on October 24, 1903 in Paris. She studied at the Central Union of Decorative Arts school between 1920 and 1925. Two years later, she became an interior designer and equips her workshop in Place Saint-Sulpice. Her interest and curiosity in interior furniture led her to collaborate with Le Corbusier and Pierre Jeanneret from the 1920s to the 1930s. Then, she worked on major projects such as the Villa Church, villa Savoye, La cité du refuge of the Salvation Army and the Swiss Pavilion at the university city.

Charlotte Perriand has been gone for twenty years now. The Louis Vuitton Foundation then decides to pay tribute to the visionary architect who was too long in the shadows of the general public. The exhibition crosses the fields of art, architecture and design.

It beggin through a 60 m2 house on scale 1 that the exhibition begins, which allows a total immersion in the universe of the architect. We then understand his contemporary reflections that revolve around women and the place of nature in society. The works presented are personal and ordered by individuals and companies.

Secondly, through a selection of works, the architect invites the viewer to rethink the art’s role and design in society. Indeed, the integration of works of art and design objects in everyday spaces anticipates the societal changes that we know today. She is really modern with a disconcerting anticipation.

Finally, the exhibition retraces the different journeys of Charlotte Perriand. Each trip allowed her to sharpen her eyes, and it is with great finesse that she translates her experience in her work. We can cite its architectures and objects inspired by Japan and Brazil.

Artempo can only invite you to go and see for yourself these unique works.

It is interesting to see the extent of the influence of such a spirit on our society.

The Louis Vuitton foundation pays vibrant tribute to this brilliant and uninhibited woman.